It was a quiet day.
I did my laundry, wrote on my blog and together with Miklós I went to the supermarket.
This is the view from the window of the room I was staying in. 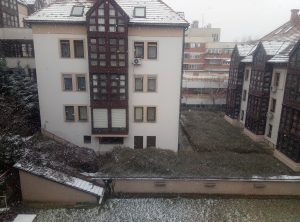 21 January 2019
Today I did a lot of practical stuff. I went to the outdoors shop to get a new sit mat( I lost mine somewhere in Slowakia on the Donau dyke), warm socks & reusable foot warmers. Then I whent to the post office to collect my mail. This took for ever because I had to go to four different desks. I took a ticket and got in line and it took about 15 minutes till it was my turn. Then the girl did not speak English (I took a ticket for receiving international mail) and told me that one that I needed to go outside. Wen I was outside I saw not where I needed to go. It turned out that there was a door at the end of the building 200 meters further. Here a man did spoke English (a bit) but one of my track & trace number was not a tracking number he said. It’s like there is a bus in front of you and say no that is Refrigerator not a bus. They said that I needed to go back where I came from and go to the first floor. So I did and got in line again 20 minutes. When it was my turn it took forever but also he said that my tracking number was not good. But the second one was good but he didn’t had it. A random Customer translated for me. Than I showed him the adress wich said POSTAN MARADO (Poste restante). I needed to come with him to another desk where his colleague didn’t wanted to help me (and him) luckily he insisted. And I got one of my packages and a letter. Everything took forever but at least now I know where I needed to be the next time. At the Decatlon I got new underwear on the way. There were a few statues. This little fellow must have been cold, that’s why someone made him a scarf. 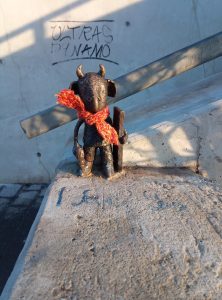 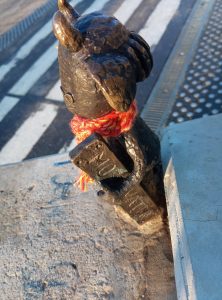 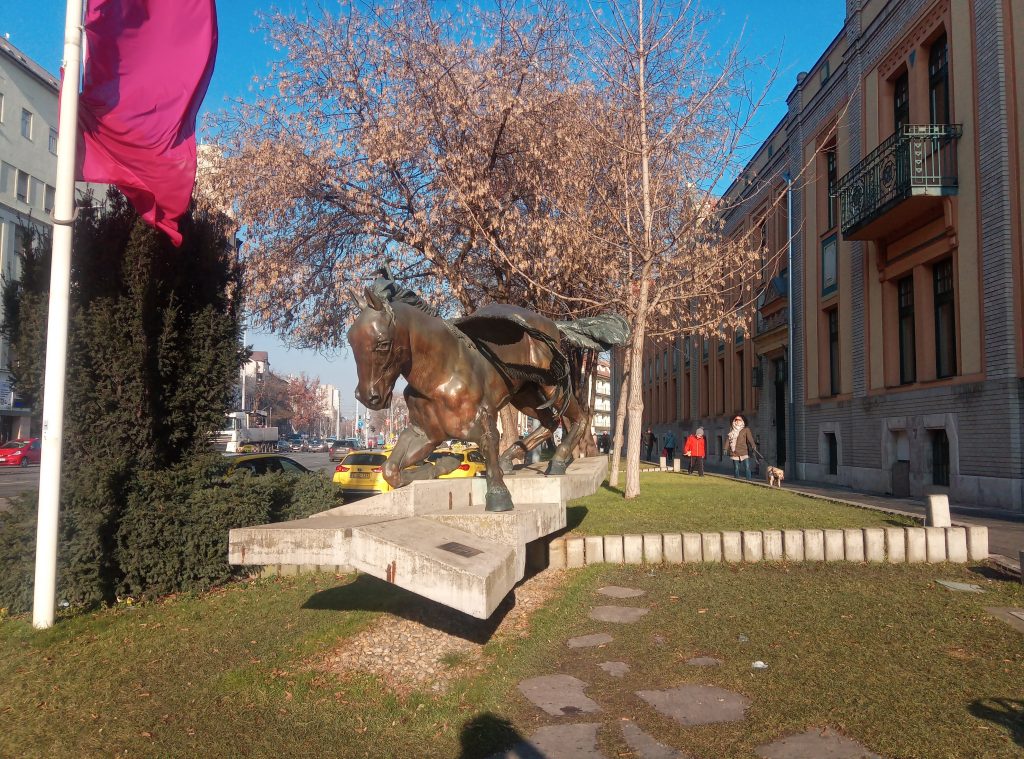 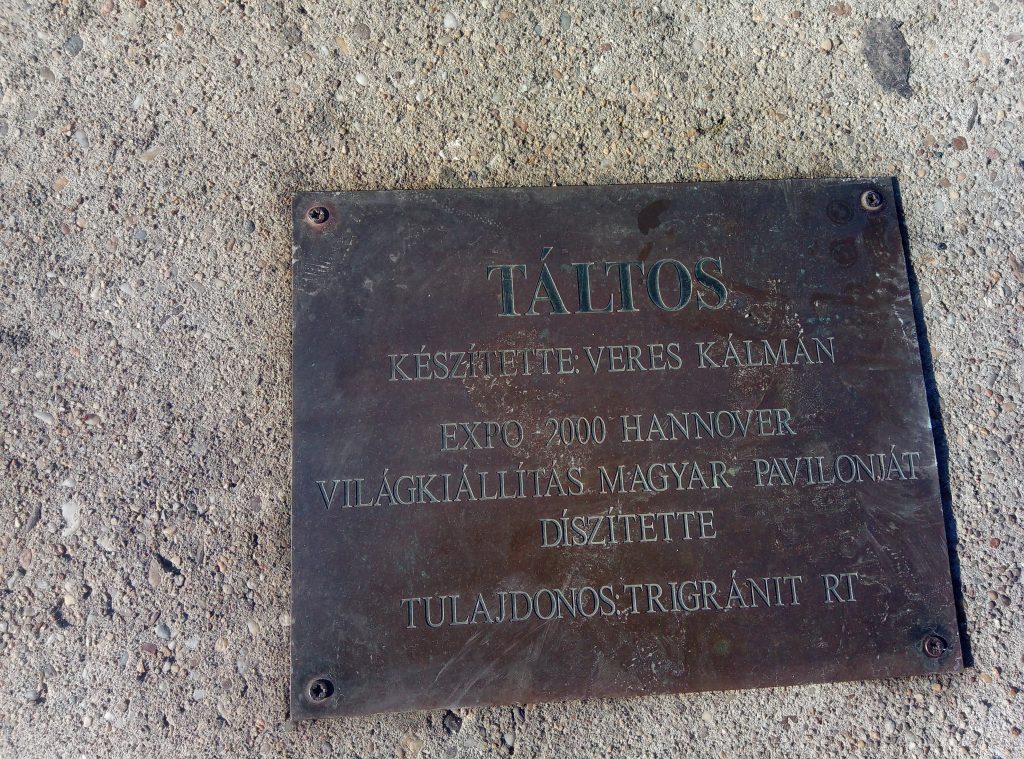 And guess what I found a manhole cover that I hadn’t seen. 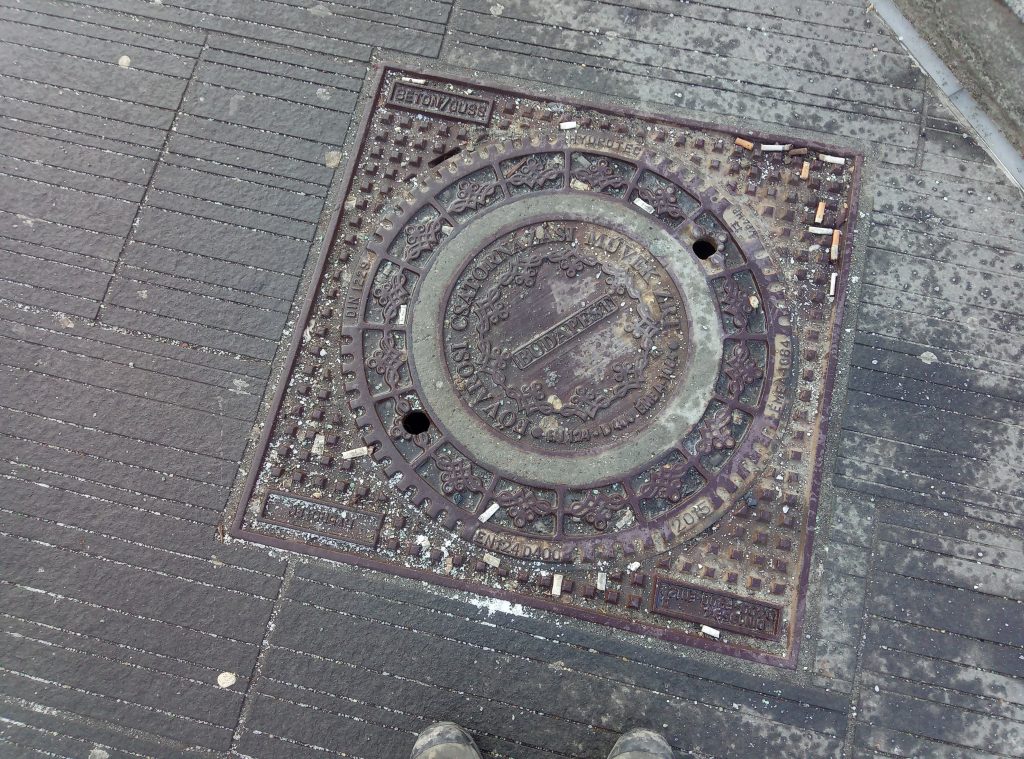 After I was done I went back to Miklós. When I was back at his place he showed me the publishing house that he has that is in the same building as his home. There were multiple rooms stacked with books almost to the ceiling. I was impressed by the amount even though Miklós says he is a small publishing house.

Then we called János, a friend of Miklós, and he wanted to take me to a museum and lunch tomorrow. So cool that someone is taking me on a tour. Tomorrow at 10 I need to be at the national museum.