This are Sabina and Jürgen: 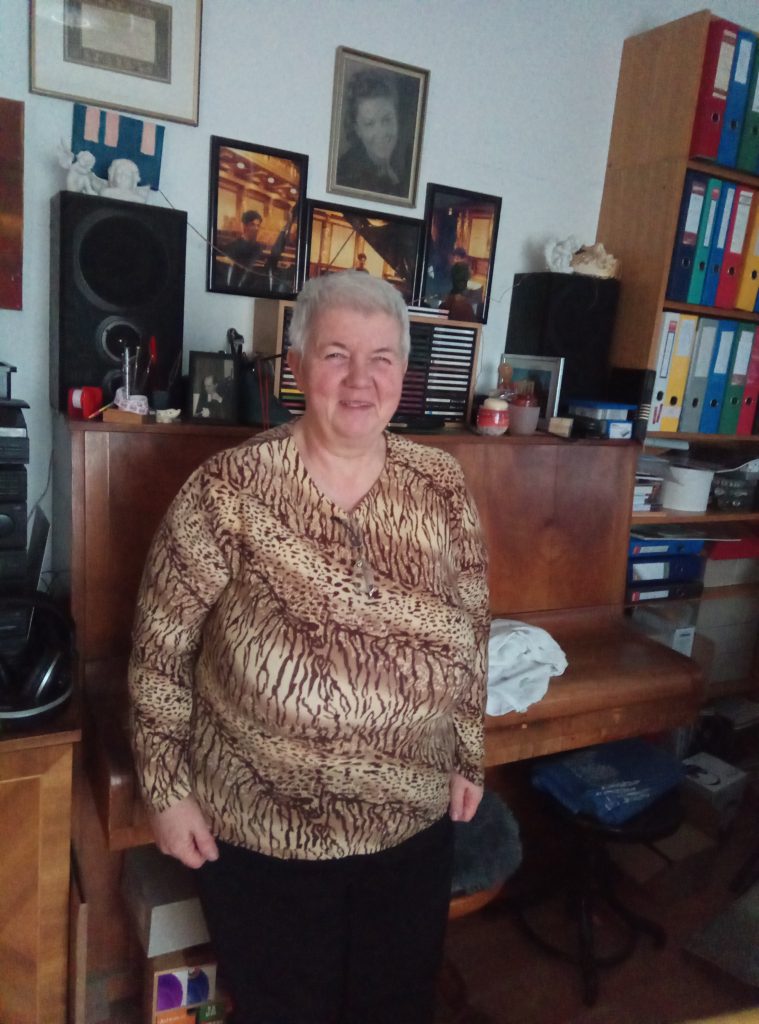 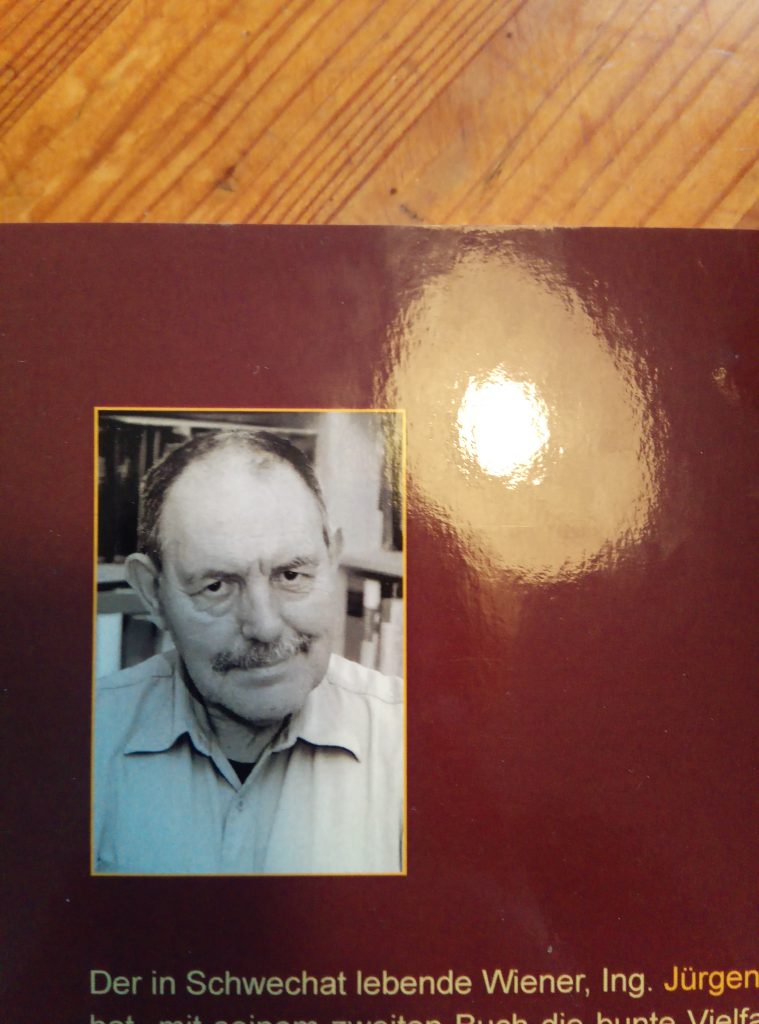 Jürgen has made a book with poems and he gave one to me. I thank him and said that I would send it home, so I did not had to carry it. Then they even offered to send it for me. So I wrote down my address and then something funny happened. My zip code is exactly the same as theirs only the other way around. How is that possible.

This is the book. 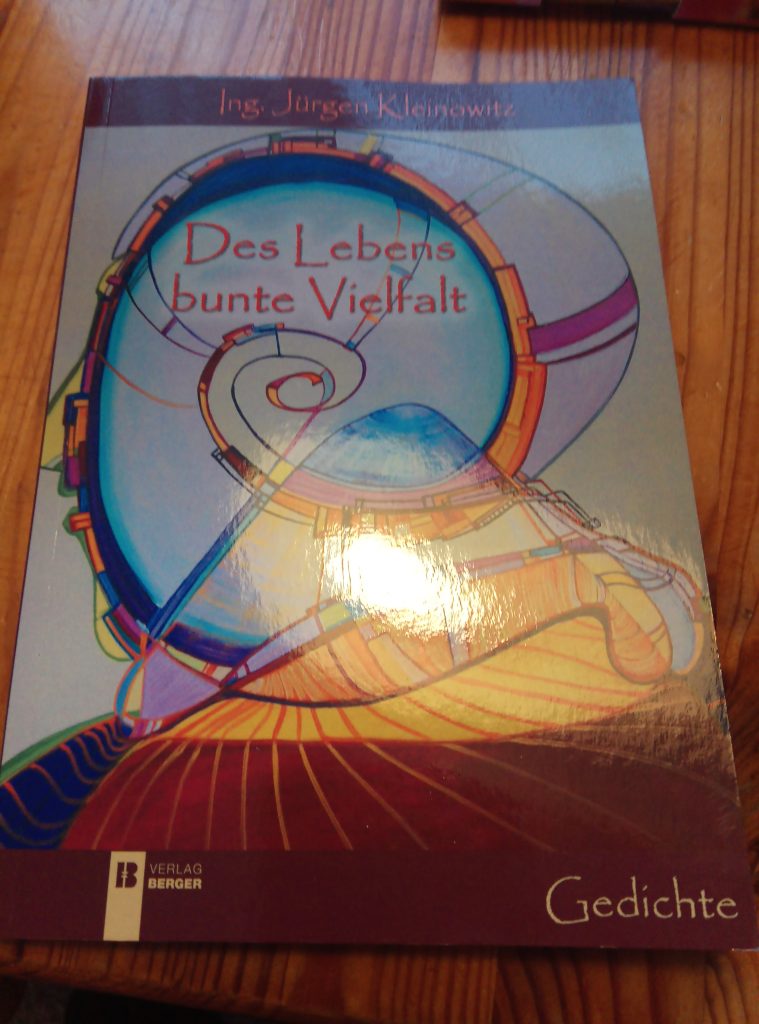 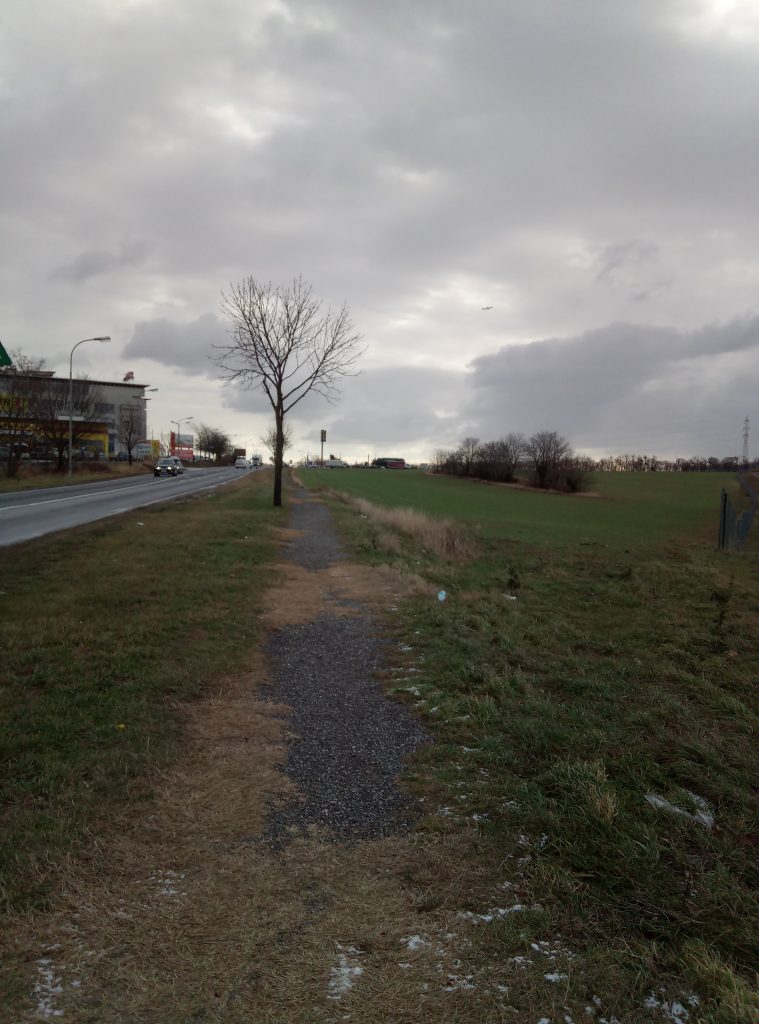 Then I went to MacDonald’s to finish my blog post about Wien. Great place, you can sit there for a long time and nobody cares.

See here this beautiful oil refinery, the smell made me indisposed. 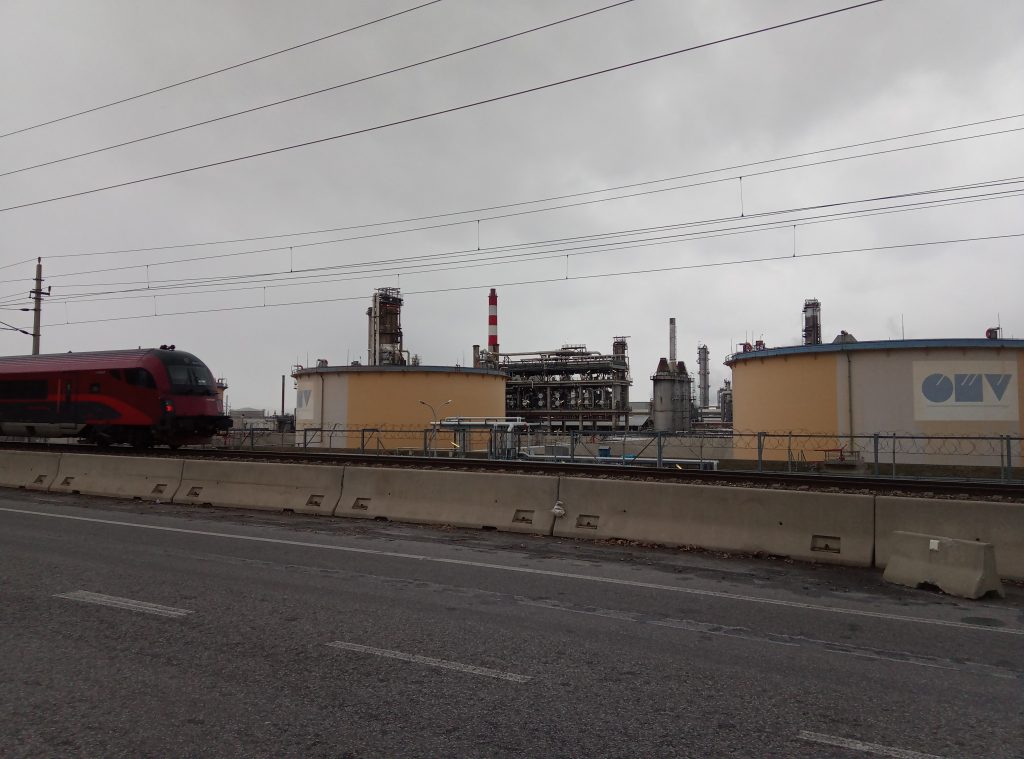 Walking along this road was very chilly. Luckily I had the wind in my back.

Because I didn’t wanted to walk on the Bundesstraße I walked here. But it was like a game of prince of Persia, but then for a few kilometers. Never knowing if the stones would hold. 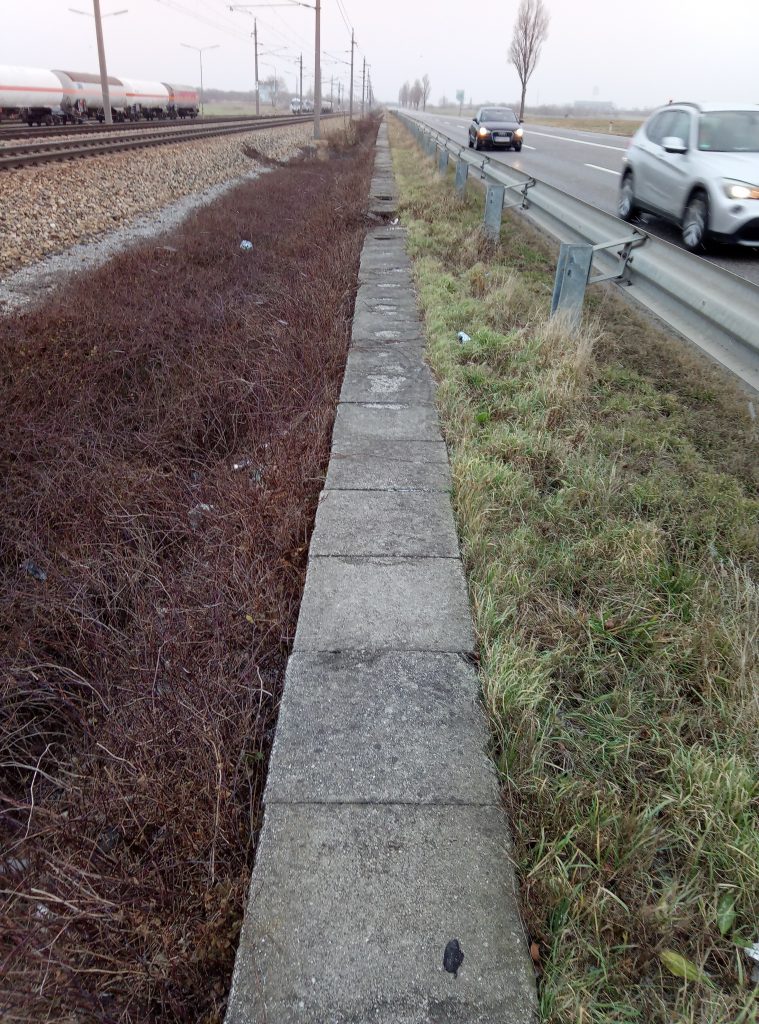 Then I heard the horn of a car. A woman offered me a ride to the next town. 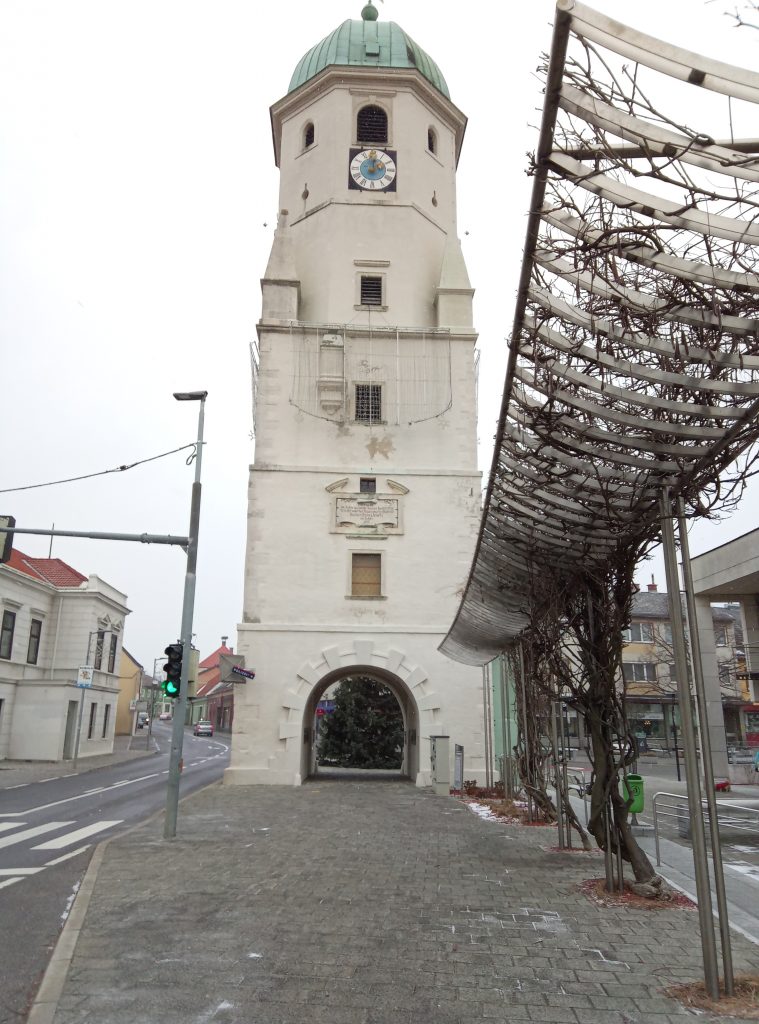 To the river banks of the Donau. 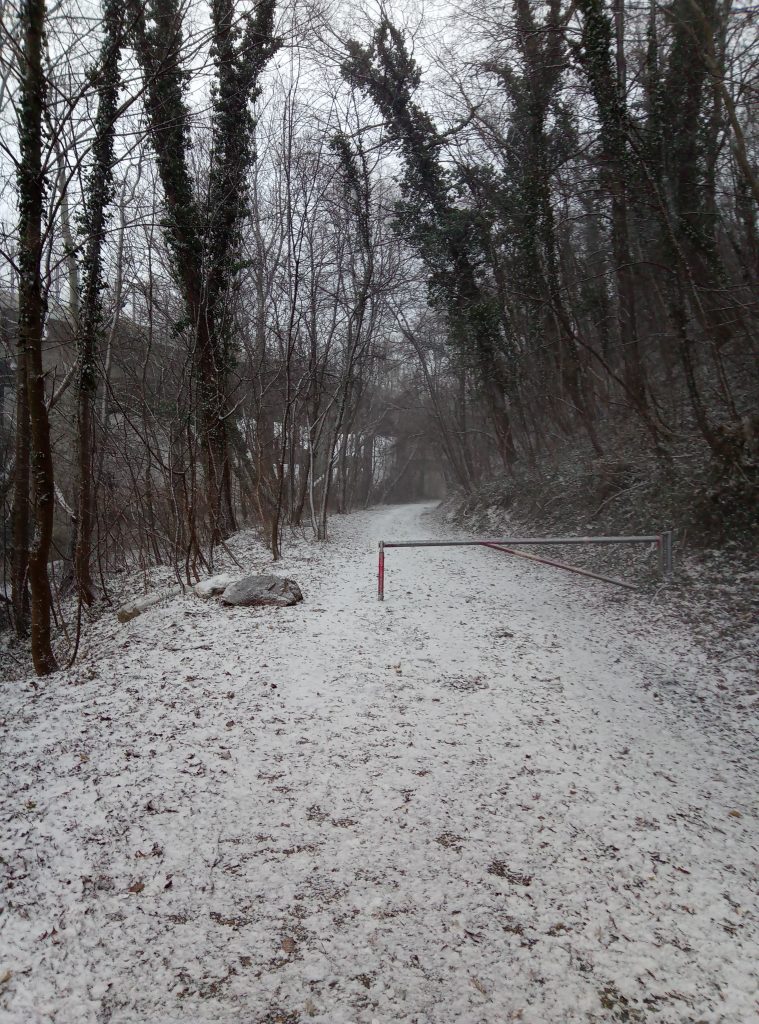 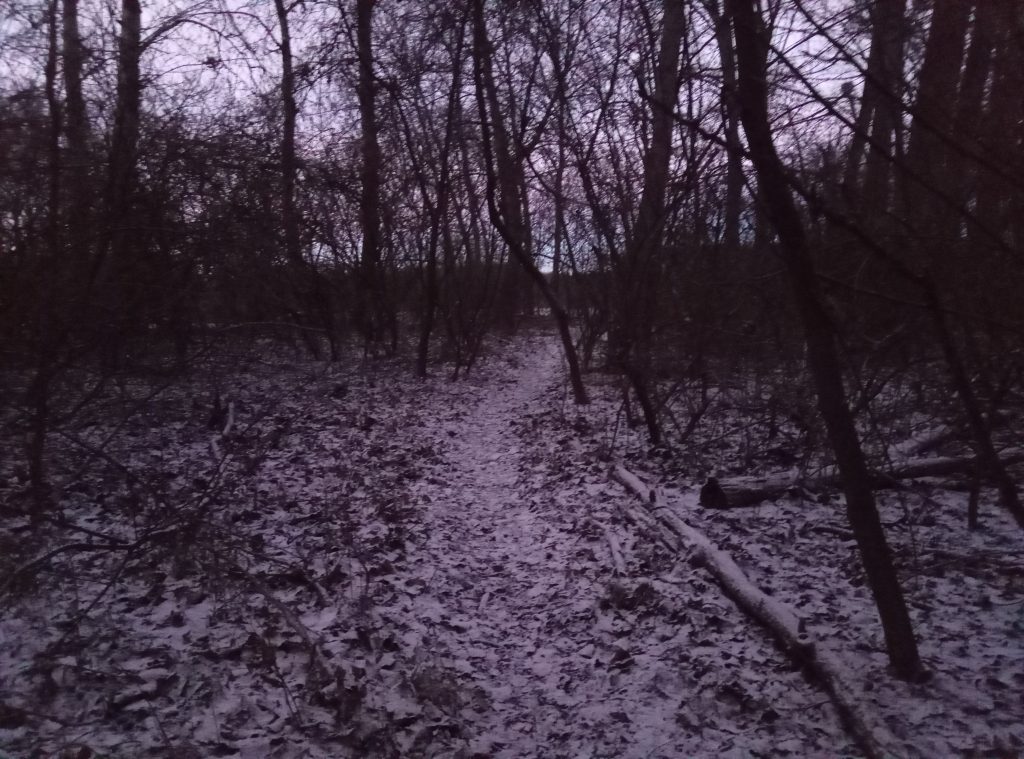 When I came out of the forrest to the Donau, there was this sign that you were not allowed to skate here. Which I found hilarious, who would want to do that? 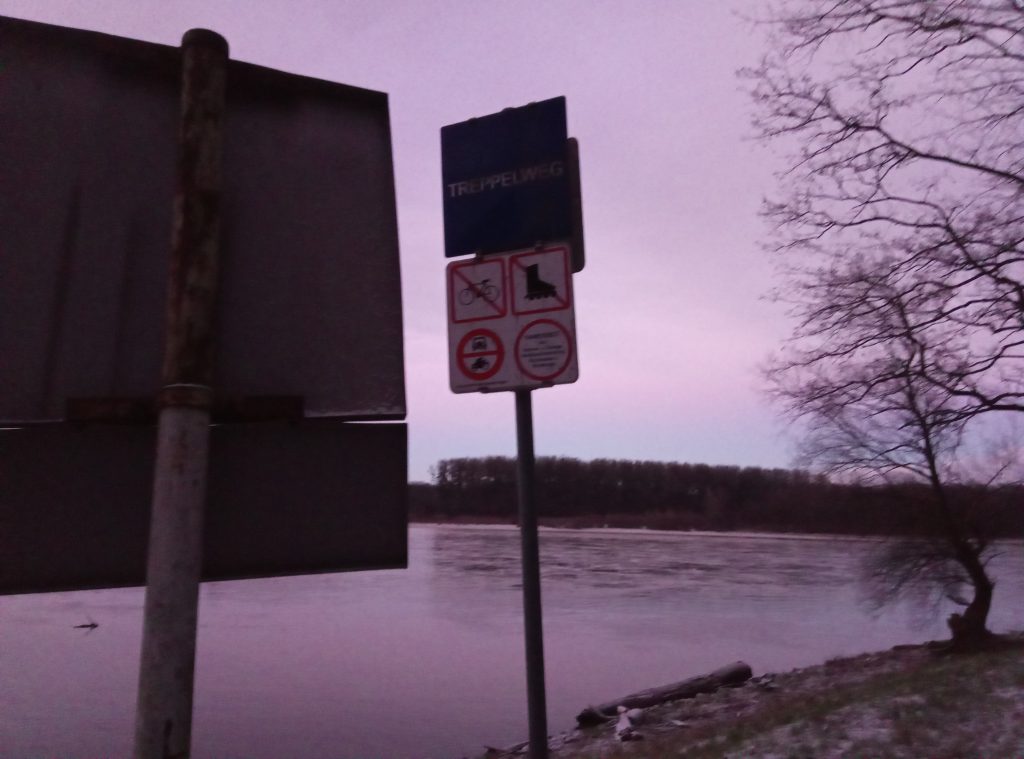 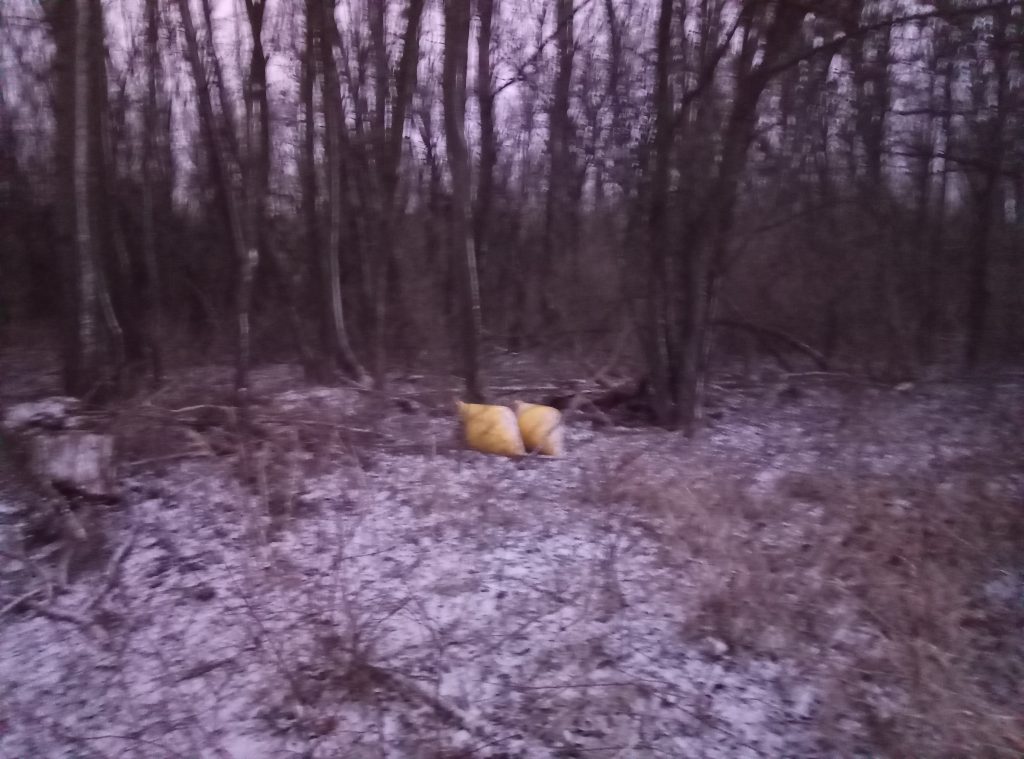 Along the Donau there were many cabins for fisherman. But they were all locked. One of them had a light on. I knocked on the door and asked if I could stay for the night. But the reaction of the man was ‘I have a dog so that is not possible’ so I moved on to Haslau.

There I went to the church hoping that I could stay with them just like last night, but it didn’t work. Then 3 man came running by and I asked them if they could help me. They pointed me to a guesthouse. But those people had left. So I slept in my tent.

And last but not least yesterday I had an record on my blog, I had 135 unique visitors. So many I can’t believe it.