Today I went back to Wien to collect my mail at the post office. I took the tram to the station and then the train to Wien. At the post office there was a big package and a letter, both from my ma. I was also expecting another letter but unfortunately this one had not arrived yet. Luckily a friend of my brother lives in the area and will go to get it.

This is the package my mother sent me for Christmas. 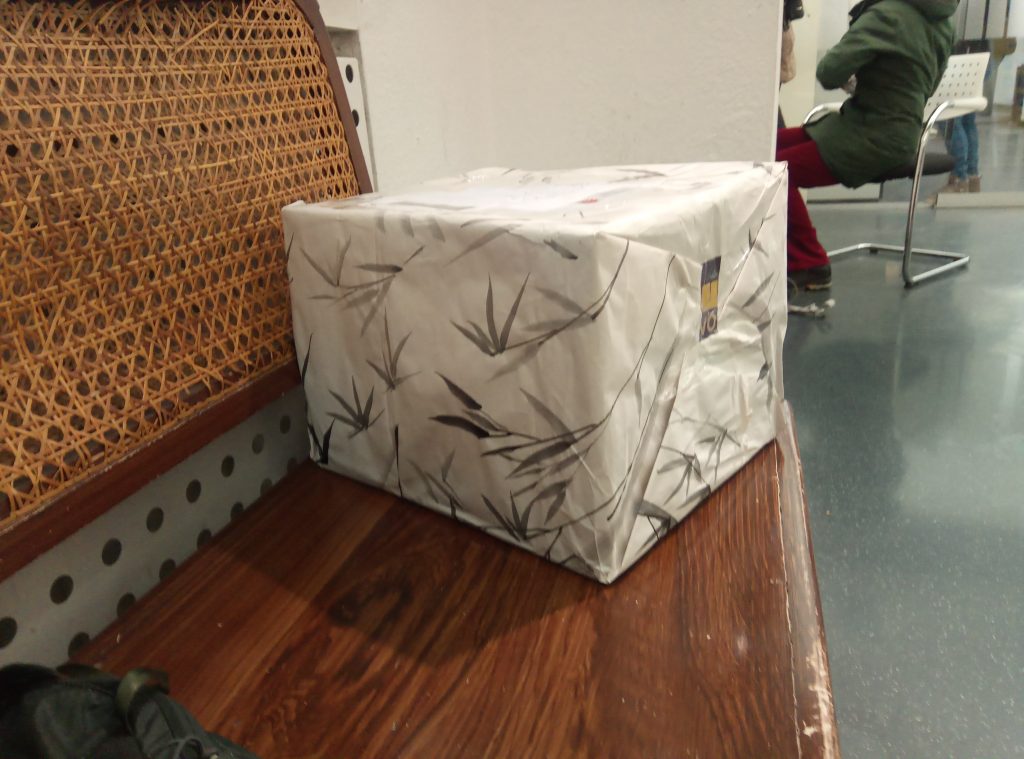 It is a food package for a month with all kinds of stuff from the Netherlands.

It was so much that I had trouble taking it with me.

Then I went back to Bratislava.
I haven’t read the letter of my mother yet because it’s a few pages. So I will in the next days.

When I was back in Bratislava I went to Tural’s work to get the keys of his room and joined him for one delivery. Then I took the tram and bus to go to his room. At the University there is a good canteen where you can get a good meal for less than €3 and if you’re a student its even cheaper. I had a good meal.
Then I wanted to go to the room to go sleeping and I found out that I had lost the access card that I needed to go through the gates. So I felt pretty miserable about losing the card. I texted Tural that I lost the card. For one thing I was sure: I could not get in until he was finished working.
I called Nathalie and she comforted me. After that I found a place where I could sit on a couch and fell asleep, but at midnight I had to move because they were closing. After about 45 minutes Tural came home and he had found the card in the car luckily. It was a big relief for me (and probably also for him).