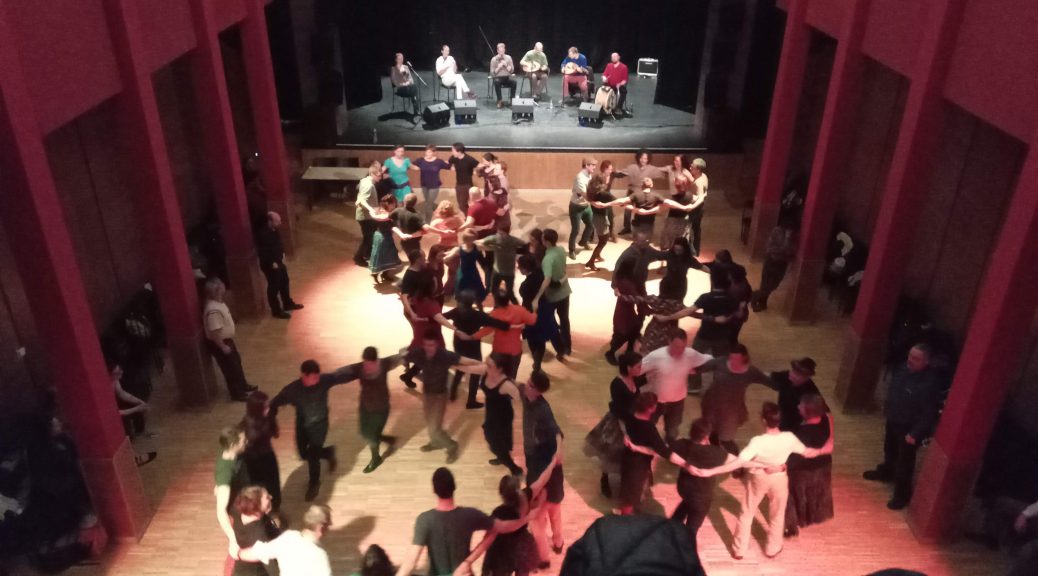 This morning I tied sewing my thermos clothing. And around noon I went with Miklós to the north of Budapest to collect my packages that I was trying to recieve. It was about half an hour drive, when we were at the given address there was no sign of the delivery company (Express one). We turned on the GPS and it said that we were 800 meters away. We drove to a barrack and went inside, there was a man explaining it Hungarian that we should go to the back of the building. But there was no sign either. We drove back to the front of the building where the same man said that it was at the back. But this time he drove along with his car. And now the second last door was open and this was the door of Express one.
There were my packages, for the 9est the barrack was empty. That was not what I was expecting from a delivering company.
Thanks to Miklós I got them. I think without him I would not have succeeded.

We drove back to center of Pest. I was so happy because in one of the package where my other shoes.

Miklós took me for lunch again to a Chinese restaurant. There is a robot who cuts the fresh noodles. It was a lot of good food. 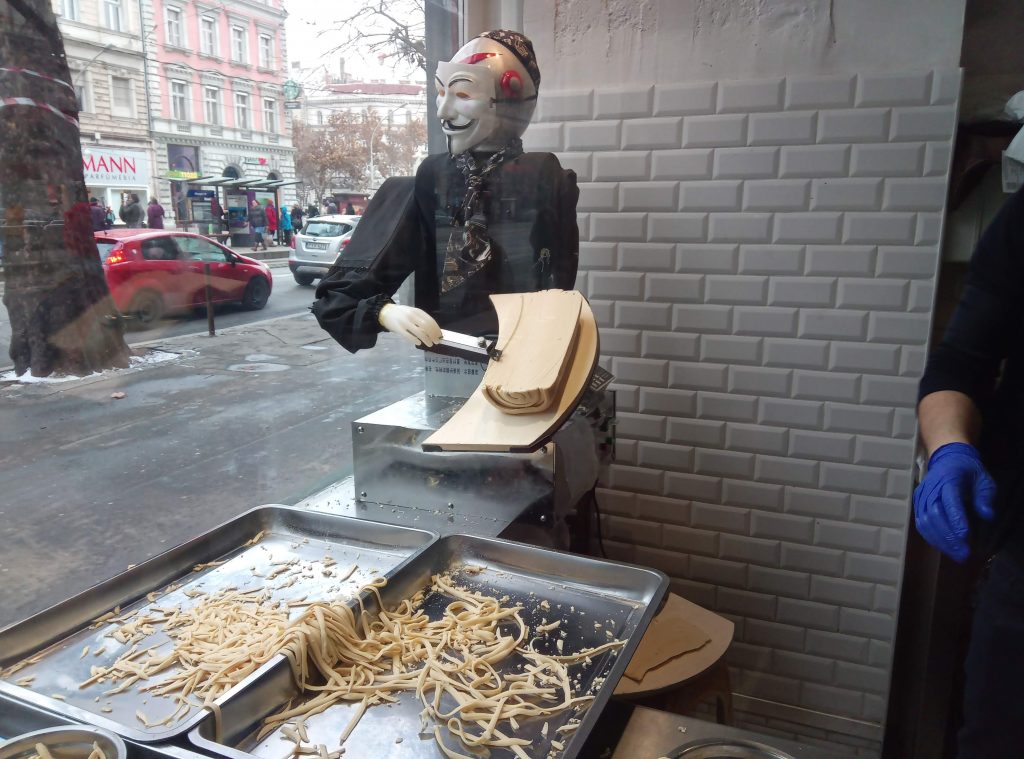 After lunch I went to the post office again and there was a small letter with my compass and icon book that will make it so much easier to communicate with people who don’t speak English. Thanks Nathalie for sending me that! Now there is only one mail item left to collect. I headed to wombats to use the pc they have there. I had the plan to go back to Miklós and then go dancing but it was already so late that it would be a waste of time. So I sat down in in their lounge, they have pillows and blankets. Very cozy.

Then I headed to the place where the dancing was.
Márton, whom I had stayed with last weekend, advised me to go to this dancing event and he was totally right.

When I arrived they just started the warming-up, it was given by two dance teachers: Julia and the men’s name I forgot. Julia translated some parts to English but most of it was not a problem to understand. But dancing with someone how doesn’t speak English was I bit more complicated. And the direction of the turn was with a lot of dances was anti clock wise. Most dances were however group dances.
Here is one of them:

Then there was an hour of talking about music and reading poetry. But all in Hungarian, so that was pretty boring for or me as I only speak two words Hungarian. At the entrance a woman sold her homemade cheese. I bought a mix so I could try a few of them.

Then net music went on.

All the music was quite loud.
When the band changed there was a woman and a man standing in the middle of the room singing. And we were repeating them and then we were all singing together.

Then I chatted with Julia and told her about Balfolk in the Netherlands and about Cadansa which is an wonderful dance event.
We exchanged contact details this is the note Julia made:

Then there was the last dance and I asked a girl to dance but she said it was an very complicated one, somehow I got the hang of it in under 10 seconds and we had a lot of fun. Then she invited me to join her and her friends to have a drink and play table football.
One of her friends gave us a ride to the bar and to be honest I forgot his name. From the other people I do remind their names: Vani the girl I danced with, Loly, Monica and Sarah. After playing a game of table football and pool we went home. When I stepped in bed it was 4 a.m.
Wonderful to have such nice people!

One thought on “Day 121 packege and dancing day”